Legos, by far, are the greatest toys of all time!  I know; you are probably wearing an aghast expression on your face because I have been too reckless with this emphatic statement.   How could I forget the iconic slinky or the legendary etch-a-sketch?  What about the heroic action figure or the comforting teddy bear?  Have I completely omitted the memorable yo-yo or the addicting Whee-lo?  Am I being intentionally disrespectful by disregarding the unforgettable bicycle or the timeless hula-hoop.  The answer to all of these questions is NO.  I haven’t overlooked any of these hall-of-famers.  I have weighed the evidence and spent hours comparing and contrasting.  My deliberations have yielded one clear winner: Legos are the undisputed champions of the toy world.

Launched in 1958, the Lego “brick” apprehended our attention-spans, twice being crowned ‘Toy of the Century.’  No toy has so captured the imagination of children like legos.  Why?  Great question.  I believe it is because legos gave us our first taste of being gods.

In Lego-world, you feel like you can construct, create, establish, orchestrate, or engineer anything!   Every Lego-man or Lego-woman is at your beck-and-call.  Nothing happens in a Lego-city without your oversight and guidance.  You know what’s going to happen before the Lego-citizens know.  You are four, five, six steps ahead of the smartest Lego-people.  You are in complete control of Lego-planet, and everything goes just as you plan it.  Man, oh man, how I wish I could get those Lego Powers back for just one afternoon.

I know; I am being unforgivably short-sighted.  In every moment of every day, I feel like making Jesher healthy would vastly improve the world.  But that’s not the case; even if Jesher was back in the womb, growing comfortably inside of Lhorraine, planet Earth would still have mountains of pain and suffering.  And still, I confess; my one hour of omnipotence would be spent on one NICU patient while the rest of the world would remain desperate, dire, and disheveled.   Do I feel guilty about my mindset?  Not at all.  I simply see it as a natural outcome of experiencing extreme trauma.

I now understand why ‘hurt people hurt people.’  We are all engaged in a psychological arms race.  Every human, in some way, is attempting to reclaim Lego Power.  All of us are desperate to avoid the reemergence of traumatic pain, so we judge the health or goodness of the world by our own contentment.  If we’re doing great; the world must be great!  If life sucks; there is something wrong with the world.  We are constantly making decisions based upon the ethic of personal satisfaction.   If it makes life better for us, life will be better.  The thought pattern is irrational at best; but strangely, it begins to make sense when you are attempting to escape impending trauma.

BRAIN–The results of Jesher’s two lumbar punctures came back, and both were unsuccessful.  The doctors believe that the pressure in Jesher’s brain has not been alleviated.  This afternoon, Lhorraine and I were asked to come in to have a consultation with the attending physician concerning possible next steps.  Each of the options entailed invasive procedures that carry high risks.  As they briefed us on the options, we became convicted that we needed to take a night to step back and ask God to do what the best medical efforts have not yet been able to do.  Jesher has gone through a lot over the past couple days, so Lhorraine and I have asked for 18 hours of space before we make our final decision.  We are attempting to make room for Yahweh, the Great Physician, to perform a miracle.  We believe that our son is a miracle baby, and we believe that our God is a Miracle Worker.  PLEASE ASK GOD TO CREATE A SPECTACULAR MIRACLE OVER THE NEXT 18 HOURS.  IN THE NAME OF JESUS, TELL YAHWEH THAT WE NEED HIM TO CAUSE THE FLUID IN JESHER’S VENTRICLES TO DRAIN, DELIVERING HIM FROM FACING HIGH-RISK, SURGICAL PROCEDURES.

I wish Jesher was well, and I wish even more that I had the power to make him well.  However, I am prepared to relinquish my affinity for Lego Power.  My focus is too near-sighted.  I can only see that which pains me.  Everything else is a peripheral concern.  I would only use Lego Power to liberate my own soul from anguish.  I would only use Lego Power to guard my own life from trauma.  And this, by default, disqualifies me from wielding such authority.

“You will keep him in perfect peace, whose mind is stayed on You, because he trusts you.” Isaiah 26:3 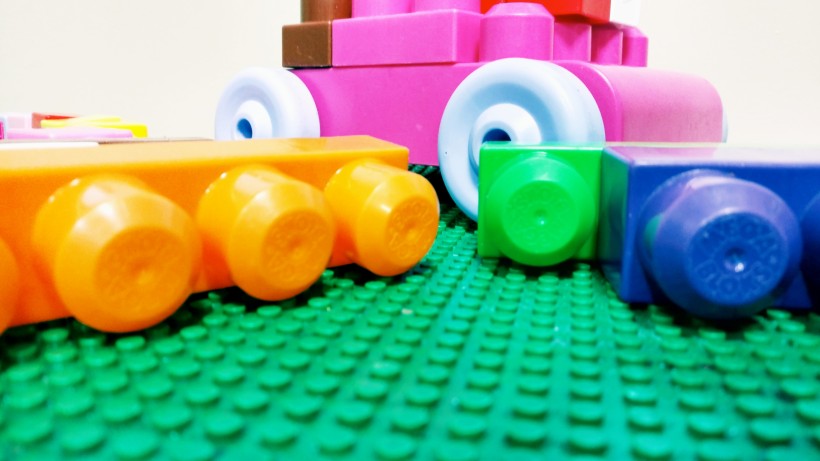