Since becoming a dad, I’ve started to read the Bible differently.  Please note: I take no credit for this shift.   It is not a transformation that was born out of increased piety or holy petition.  I have concluded that the change is a natural bi-product of evolutionary transition.  Before having Jesher, I could only interpret the narrative of the Gospel through the lens of being a son, a brother, a husband, or a friend.  But now I am beginning to see the Bible through the eyes of a father.

For example, I was reading Revelation chapter 12 recently and I began asking questions of the passage that I had never considered previously.  Verse 4 says, “Then the dragon stood before the woman who was about to give birth, so that he might devour her child as soon as it was born.”  I have probably read that verse a minimum of 25 times in my life…but I had never noticed how one prenatal infant was the cause of such a vehement spiritual conflict.  I mean, the child isn’t even born yet, and the dragon (identified as Satan or the Devil in verse 9) is positioned at the mother’s feet, waiting to eat her child as soon as it is born.

Immediately I thought: “So a baby’s birth can be so intimidating to the realm of darkness that demons (even Satan) are present at the time of delivery?”  The question made me pause my reading.  I began swaying back and forth in my creaking rocking-chair.  I had never considered how the birth of a child could merit Satan’s presence in the delivery room.  And then I looked at Jesher, sleeping one foot away from me.  My next thought sent chills through my torso and the hairs on my arms stood-up in frightful acknowledgment.  My chair now rested motionless.  Jesher, I think evil tried to devour you too.

I tried to change the subject, but the thought clung to me like static to a wool sweater.  I even attempted to shake the thought with reprimands such as:

Mike, stop over-spiritualizing your son’s condition.  Mike, this was just an    unfortunate occurrence that happens to millions of parents each year.  Mike, every bad thing is not Satan’s fault…bad things happen because we live in an imperfect world.  Mike, do you really think your son is a ‘chosen baby’ or is this thought a consequence of early fatherhood and over-zealous expectations?

I continued to rock in my chair for the next hour.  As the wood swung along the squeaking tracks, I tried to talk myself off the cliff of spiritual exaggeration.  I did everything I could to shake this feeling, but I couldn’t banish it.  Jesher is a threat to spiritual darkness.  He has been endowed with spiritual light.  He was attacked as an infant because of what he will accomplish as a man.

GALLBLADDER–Jesher is now on medication for his high bilirubin levels.  He is being given small doses of Actigall, which is a brand of Ursodiol.  It is used to stimulate proper gallbladder function.  We are happy that the side-effects do not impact most babies; however, micro-preemies are very sensitive to any drug.  Underdeveloped organs can struggle to process medication which can cause physiological complications down the line.  PLEASE PRAY AGAINST THE RISING BILIRUBIN LEVELS AND ASK YAHWEH TO PROTECT JESHER FROM ANY ADVERSE EFFECTS CAUSED BY MEDICATION.

HEART–Jesher’s PDA [Patent ductus arteriosus] is open again.  We were happy to hear that the medicine had helped to close this passage in the heart, but we were warned that the PDA of preemies can be highly persistent.  At Jesher’s age, his heart and brain still believe they are in the womb (I can’t blame them!).  So convincing them otherwise is a challenge.  Jesher will be treated with ibuprofen to encourage the closing of his PDA.  We are asking God to shut the whole so that Jesher can avoid major heart surgery.  PLEASE ASK THE LORD TO CLOSE THE OPENING IN JESHER’S HEART AND SEAL IT SO IT DOES NOT OPEN AGAIN IN HIS LIFE.

LUNGS–Jesher is still responding very well to his HFOV [High Frequency Oscillating Ventilator].  Although he is showing higher levels of oxygenation, he is beginning to show signs of Respiratory Distress Syndrome [RDS].  This is caused by immature lungs being forced to function so early in their development.  We need Jesher’s lungs to remain inflated and healthy although they are being asked to work tremendously hard.  PLEASE PRAY FOR JESHER’S LUNGS TO RECEIVE THE BREATH OF LIFE AND ASK GOD TO DEFEAT ALL DISEASES, DISORDERS, OR DEFICITS IN THE NAME OF JESUS.

Up until this week, my prayers have been spoken from a defensive posture.  I have prayed for Jesher’s safety.  I have asked God to protect him from adverse side-effects, neurological impairments, and bacterial infections.  I have prayed for angels to attend his bedside and for the Holy Spirit to hover over his incubator.  I have done this diligently each day.  But I am now sensing the need to adjust my strategy.  I am now convicted that Jesher truly is a miracle baby; a baby born under great duress due to the divine calling resting upon his tiny shoulders.  And I hear Yahweh calling me to get up, to gird myself with the full armor of God, and to begin praying from an offensive posture, believing that the war over Jesher is one waged against principalities, powers, and rulers of darkness (Ephesians 6:12).  In the name of Jesus, may my son’s story end like the baby’s story in Revelation 12: “But the dragon was not strong enough to prevail.”

“Finally, my brethren, be strong in the Lord and in the power of His might.  Put on the whole armor of God, that you may be able to stand against the wiles of the devil.”  Ephesians 6:10-11 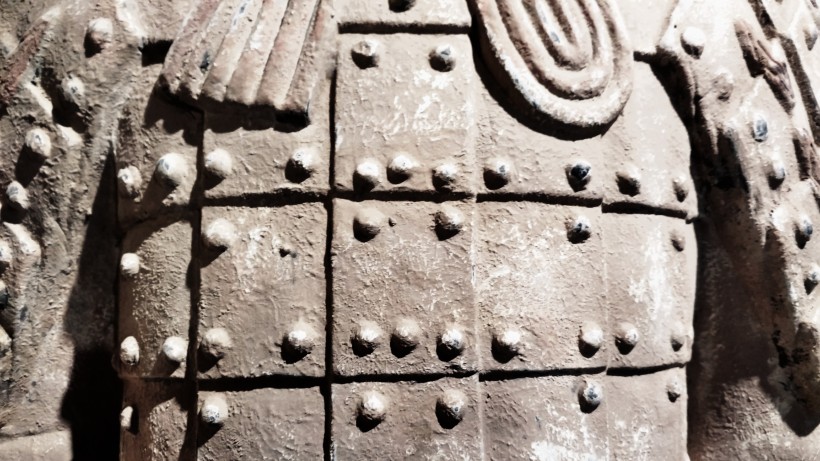