I walked in this morning a bit disappointed to see Jesher’s blue light back on.  Yesterday, we received a report from the doctors that his bilirubin levels (caused by jaundice) had subsided.  Photo-therapy (also known as light therapy) is used to help the body dissolve bilirubin. Of course, we were elated!  But we also new that as Jesher’s body continues to breakdown the blood on his brain, the bilirubin levels would fluctuate.  So I was disappointed; however, I was also prepared to see my little man back in his spaceship, riding cool in the driver’s seat with his Ray-band glasses on.

If you look back at the featured-photo, you might think I am awkwardly making lite of our son’s situation.  As you look at the wires and tubes that have replaced his umbilical cord, you might question why I have nicknamed his incubator a “spaceship.”  You might see jest and humor as crude and inappropriate companions during this season of my family’s life.  Though laughter is harder to muster these days, I still have a heart for my son’s imagination.  And although he is still only a fetus (not yet old enough to be called a baby), the least I can do for him is to recreate his challenge into an adventurous space odyssey, populated by alien allies called nurses and hideous villains called infections.

As my young moon-walker jettison’s his carbon-dioxide with each labored breath, I enjoy telling him of all the adventures he will endure–the places he will go, the creatures he will see.  As he paws at his protective mask (which shields his eyes from the fluorescent-blue rays), I reassure him that every top captain in the universe wears sunglasses as a badge of coolness.  My creative energy is 100% invested in my son’s perception of his predicament.  Does he understand me?  Probably not.  Does he even understand his circumstances?  It’s not likely.  But I am his dad, and that means I have the power to speak beyond his ears.  I can speak to his soul.  And if all he understands is the positive tones and loving vibrations that emanate from my creative story telling, so be it.  He is the captain of his little ship.  I am mission control, and I want him to always know that he is ‘clear for lift-off.’

BILIRUBIN–Jesher’s body is managing his bilirubin levels much more effectively, but as he attempts to break-down the blood cells that are lying outside of his veins, these levels will fluctuate.  We are needing his body to both break down the displaced blood and regulate his bilirubin levels at the same time.  If Jesher cannot regulate both variables at the same time, it could impact his eye sight and brain development.  PLEASE ASK YAHWEH TO REGULATE JESHER’S BILIRUBIN LEVELS AND PROTECT HIS EYES AND BRAIN FROM ANY ADVERSE EFFECTS.

BRAIN–Jesher’s brain bleeding has stopped, but we now need the bleed to disappear so he is not impaired by any pressure that has built up in the brain tissue.  This is especially true for the right side of his brain where he has a severe level four bleed.  PLEASE PRAY SPECIFICALLY FOR THE RIGHT SIDE OF JESHER’S BRAIN; WE WANT TO SEE THE LEVEL OF BLEEDING DOWNGRADED AND HIS BRAIN TISSUE RESTORED.

PDA–Patent Ductus Arteriosus is a natural reality for babies in the womb.  It is a hole in the heart that allows the body to oxygenate itself via blood (instead of via air).  During the babies first cry, a hormone is released that triggers the closing of this hole.  Due to Jesher’s premature birth, this hole has not closed as of yet.  In most preemies, PDA remedies itself as a baby matures, but some PDAs do not naturally close and require surgery.  PLEASE PRAY FOR JESHER’S PDA TO RESOLVE ITSELF WITHOUT A NEED FOR SURGERY.

BLOOD–Jesher’s platelet levels are the highest they have been thus far!  This is amazing news!  Platelets partner with proteins released by the liver to create appropriate clotting of blood.  We need these platelet levels to continue trending upward.  This is a key step in Jesher being declared stable.  Without the clotting mechanism, Jesher will be at a high risk for infection and hemophilia.  PLEASE PRAY THAT JESHER’S BLOOD PLATELETS RISE TO THE DESIRED LEVEL.

BREAST MILK–Jesher is now eating Lhorraine’s breast milk!  To put it simply, breast-milk might be the most powerful beverage on the planet!  Lhorraine’s milk has exactly what Jesher needs.  Thus far, he is tolerating the digestion process quite well.  We need this to continue so that he can eat a higher serving size which will improve his weight and increase his ability to fight off infection.  PLEASE PRAY FOR JESHER’S ABILITY TO CONSUME AND DIGEST LHORRAINE’S MILK.

“Yahweh will cover you with his feathers.  He will shelter you with his wings.  His faithful promises are your armor and protection.  Do not dread the disease that stalks in darkness, nor the disaster that strikes at midday.”  Psalms 91:4, 6 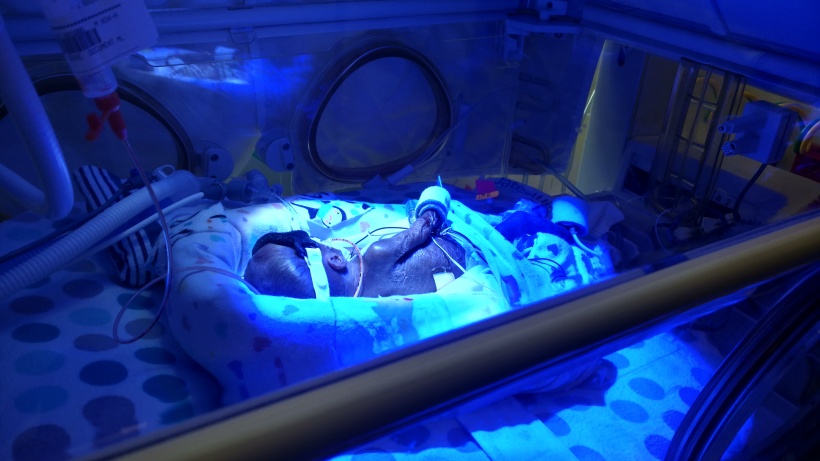